“The King of Roots” - Jacob Uitti

Jake Blount (pronounced: blunt) is an award-winning musician and scholar based in Providence, RI. He is half of the internationally touring duo Tui, a 2020 recipient of the Steve Martin Banjo Prize, and a two-time winner of the Appalachian String Band Music Festival (better known as Clifftop). A specialist in the early folk music of Black Americans, Blount is a skilled performer of spirituals, blues and string band repertoire. Blount has performed at the Kennedy Center, the Newport Folk Festival, and numerous other venues across and beyond the United States. He has presented his scholarly work at museums and universities including the Smithsonian Institution, Berklee College of Music and Yale University. His writing has appeared in Rolling Stone, Paste Magazine, No Depression, and NPR. His most recent album, The New Faith, is the latest installment of Smithsonian Folkways Recordings' African American Legacy Series.

Blount enrolled at Hamilton College in 2013. He received his first banjo lessons from Dr. Lydia Hamessley the same fall, and started to structure a course of study around the early traditional music of Black communities in the United States. An electric guitarist since age twelve, Blount shifted his focus to string band music after taking up the banjo and fiddle. In the years that followed, Blount studied under modern masters of old-time music: Bruce Molsky, Judy Hyman (of the Horse Flies), and Rhiannon Giddens and Hubby Jenkins (of the GRAMMY-winning Carolina Chocolate Drops).

Blount first achieved widespread recognition within the old-time scene when his band, The Moose Whisperers, claimed first place in the traditional band contest at Clifftop. Blount was the first Black person to make the finals in any category, and he has repeated the feat multiple times since. He launched his career in earnest in the summer of 2017: he received his B.A. in ethnomusicology and released his debut EP, Reparations, with Tatiana Hargreaves. The next three years saw the release of Tui’s Pretty Little Mister, Blount’s victory in the Clifftop banjo competition, and his selection both as a 2020 Strathmore Artist in Residence, and as a member of the International Bluegrass Music Association's Leadership Bluegrass Class of 2020.

Blount released his debut solo album, Spider Tales, on May 29, 2020 through Free Dirt Records. Produced by Jeff Claus and Judy Hyman (of the Horse Flies) and featuring Tatiana Hargreaves, Nic Gareiss, Rachel Eddy and Haselden Ciaccio, the album debuted at #2 on the Billboard Bluegrass Chart and received widespread critical praise. The Guardian declared it an "instant classic" and awarded it five out of five stars. Bandcamp selected it as Album of the Day, and it received positive coverage in NPR, Rolling Stone Country, Billboard Pride and AV Club. Spider Tales later appeared on "Best of 2020" lists from NPR, Bandcamp, The New Yorker, The Guardian, and elsewhere. It was nominated for Album of the Year at the 2021 International Folk Music Awards, and received "Best of the Americas" at the Songlines Music Awards in the same year.

Blount's latest record, The New Faith, was released on September 23, 2022 as part of Smithsonian Folkways Recordings' African American Legacy Series, in collaboration with the National Museum of African American History and Culture. An Afrofuturist concept album, The New Faith explores traditional Black religious music as it might exist post-climate crisis. The album represents a significant progression in Blount's sound, utilizing his formidable skills as an acoustic musician as well as newfound affinities for electric guitar, looping, and digital processing. The singles Didn't It Rain and Once There Was No Sun premiered on NPR's All Songs Considered and in Rolling Stone, respectively. The album received widespread critical acclaim, garnering five-star reviews from The Telegraph, Songlines and Financial Times and receiving positive coverage from outlets including NPR, Bandcamp, The Guardian, The Los Angeles Times and more. PopMatters, Songlines and Folk Alley included it among the top folk albums of 2022.

Blount has appeared on podcasts including Radiolab and Soundcheck. He regularly teaches fiddle and banjo at camps like the Augusta Heritage Center’s Old-Time Week, the Ashokan Center’s Old-Time Rollick, and Earful of Fiddle Music and Dance Camp.

“Blount is a virtuosic multi-instrumentalist... with a hauntingly gorgeous voice and a bottomless, scholarly knowledge of American musical history.” - Katherine Proctor

“On top of being wildly intelligent and knowledgeable, he's also a killer musician and it's an incredible combo.” - Rhiannon Giddens 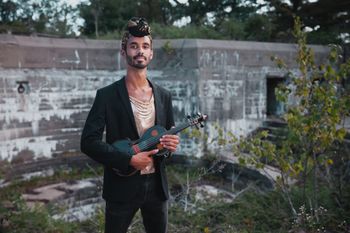 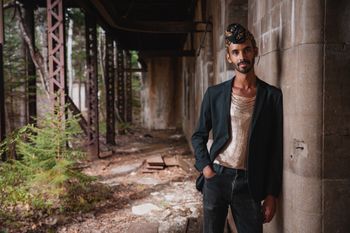 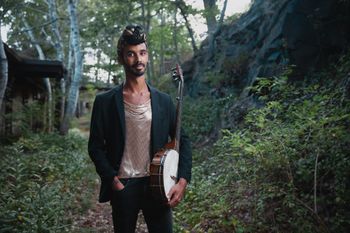